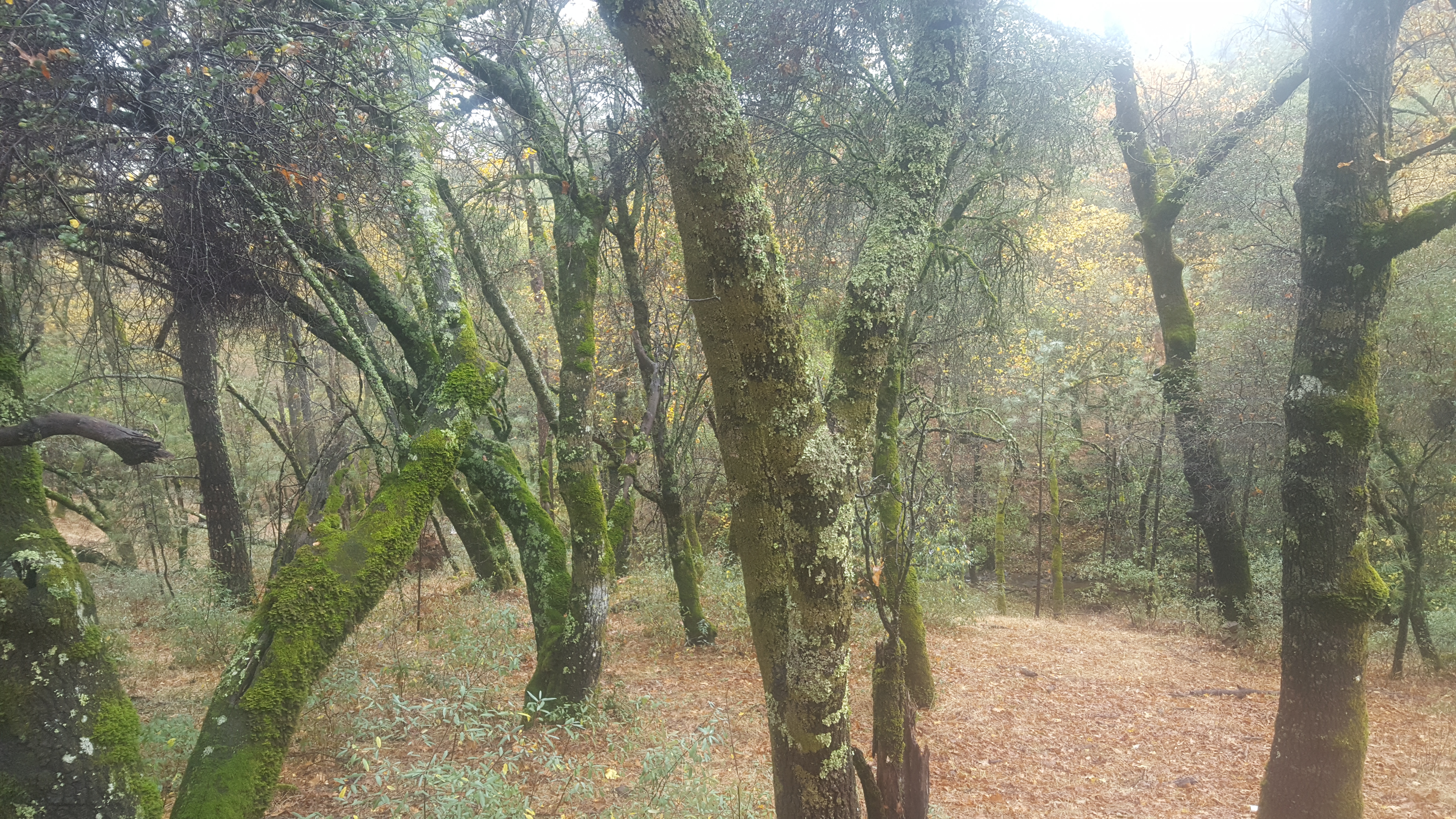 Since moving from southern to northern California, the winter solstice no longer passes by without my notice. Although it is only 500 hundred miles from L.A. to these foothills in the Sierra, the terrain is vastly different, at least to my provincial mind. The darkness of the early afternoon, the mulch of soggy oak leaves, the fluorescent green mossy rocks, and the sticky red ground are visceral reminders that this is not the sunny and arid landscape of my home down south. Here, most days, I don’t even see the horizon behind the dense growth of forest. Some mornings the small meadow across the dirt road is covered in crystalline ice, and not even Nora, the semi-feral ranch dog wants to go outside. In this new place, the solstice is not a metaphor for death and rebirth. It really is death and rebirth. Plants die or go dormant, the garden lies hidden, tucked under the mulch of memory, the trees stand bare. And, on this shortest day of the year, the sun bows so low, and for so long, that it appears to stand still, taking a pause, before lifting itself again, gradually, slowly warming the earth back to life with each extended day. 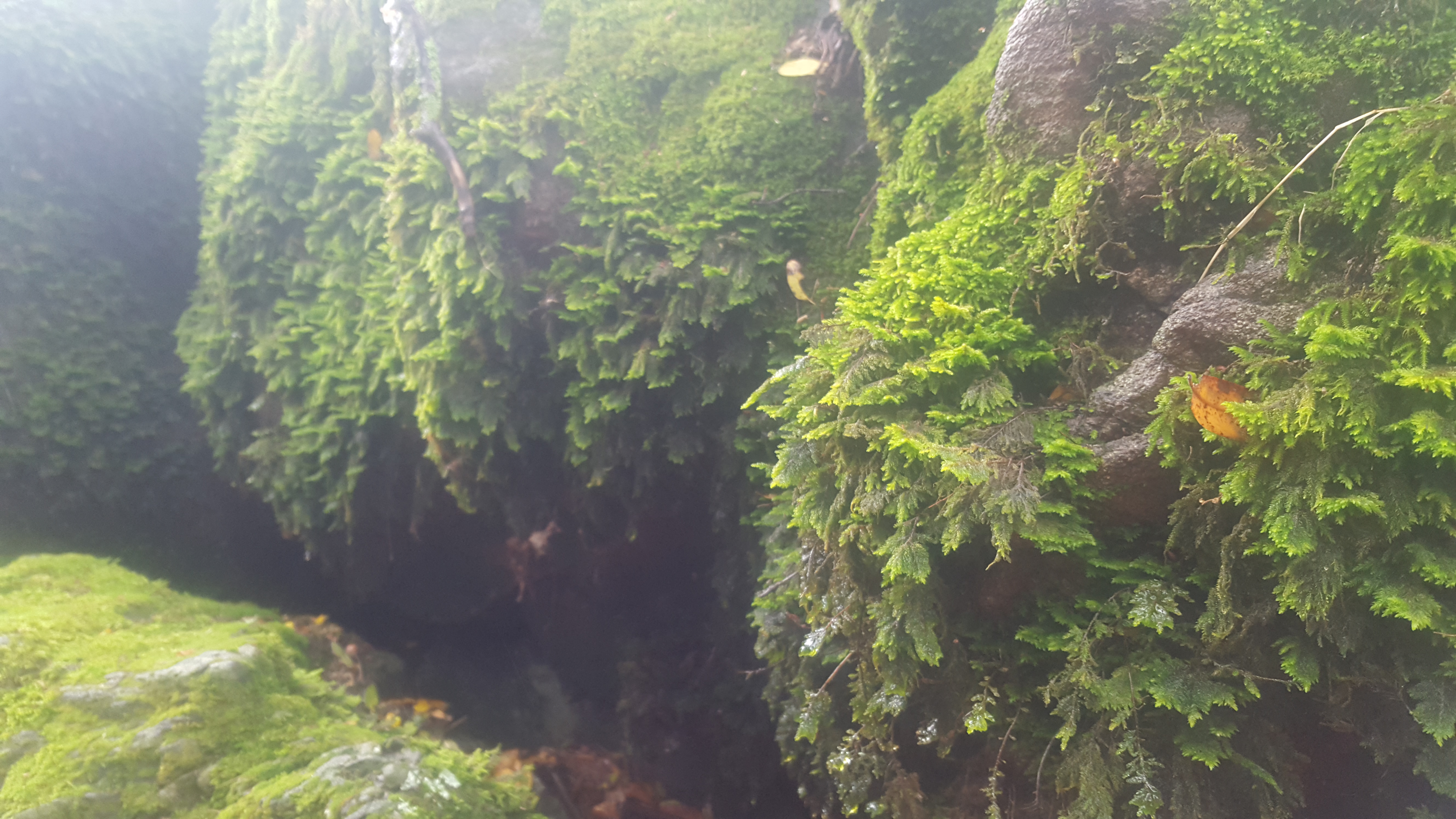 But before I turn my attention to the much-desired light, I want to linger in the dark for a while, on the waning side of the solstice. I want to stop and take in the musty damp air, and listen to the sound of cold water that flows in the river below, even if the river has been dammed and the waters mostly siphoned.  Sitting on this moss-covered stone, I ponder the disquieting darkness of these times, as well as the mystery hibernating within the darkness of Earth’s womb. On the surface, it looks so dire, but underneath, something is stirring, rousing from a long deep sleep. It feels feminine, fertile, and inexhaustible.

This is called the mysterious female.

The gateway of the mysterious female

Is called the root of heaven and earth.

Dimly visible, it seems as if it were there,

Yet use will never drain it.

The word “solstice” comes from the Latin and means “sun stand still.” When at the crossroads between dark and light, the sun does appear to hold still for a few days, as if contemplating which way to turn.  What would happen if, after billions of years, it chose to take the road of darkness rather than light? This is a real concern when you think about it. We know we can’t control the sun; we can’t force it to turn one way or another. We simply have to rely on its gracious return. It is from this inability to control the forces of life, I believe, that has led us humans to create ceremony. At least in its original intention, and in many of its forms, ceremony is a tangible way to respect and honor the life that has been given to us, and it is an appeal that life may continue. Ceremony helps us remember that we are dependent on Nature for everything. 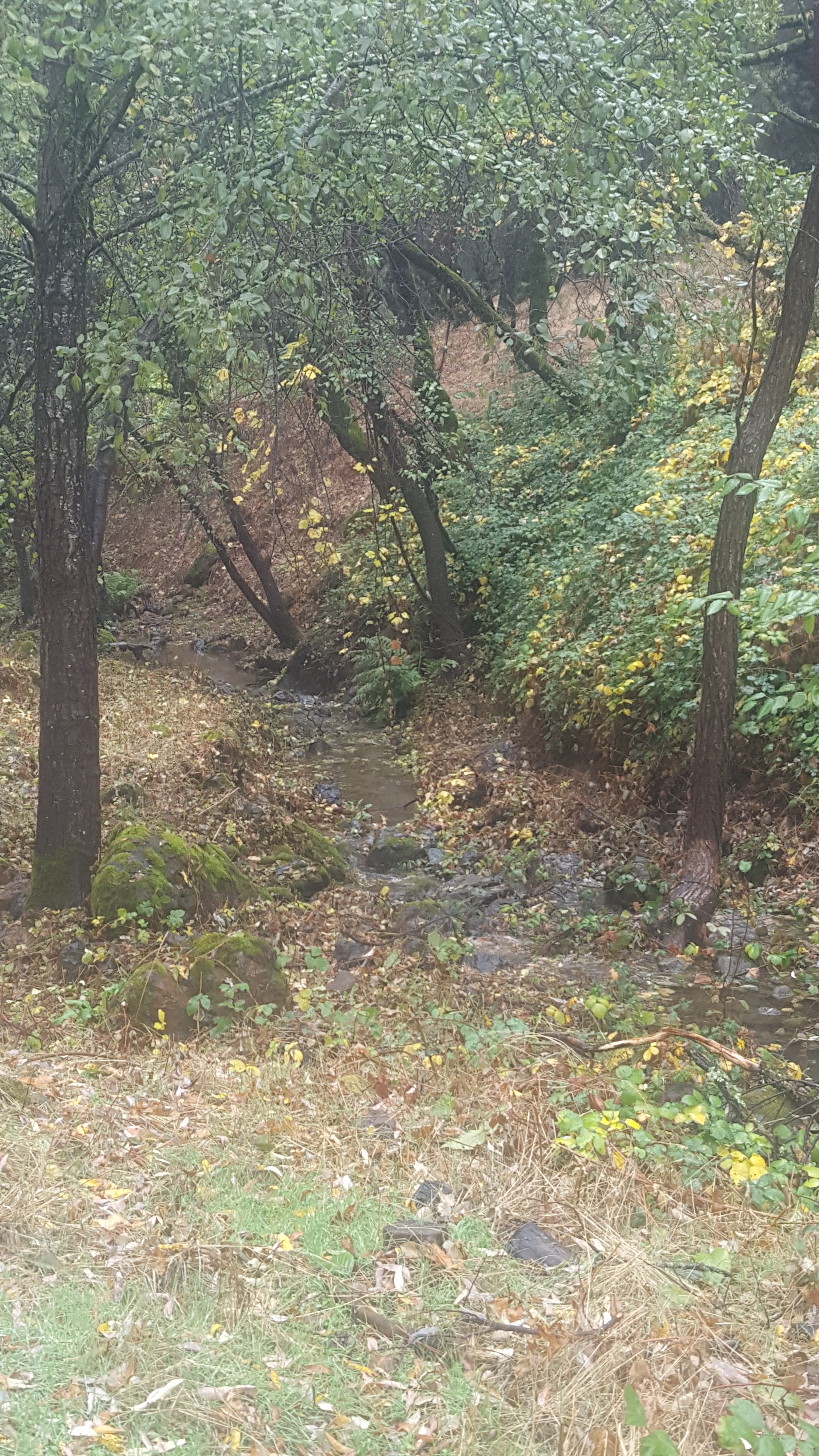 Ancient winter solstice ceremonies, in particular, demonstrate this appeal for life’s continuance following the death of sun’s yearly cycle. One of the oldest solstice ceremonies is the Yule feast (Dec 25th) of the Old Norse, who made their supplication for life through sacrifice, feasting, and an enactment of the wild hunt. During Saturnalia (Dec 17th – 24th) the ancient Romans held a feast in honor of Saturn, the god of agriculture and abundance. In the Old Persian Mithraic tradition, we find the festival of the Birth of the Unconquered Sun (Dec. 25th). And, of course, much of these European ceremonies have evolved into our current Christianized version of Christmas, the birth of the Son of Light. Closer to home, on what is now called California, the Chumash people practice winter solstice ceremonies using a sun stick (Hutash) to entice the sun into the Earth’s center before resurfacing onto its rightful course toward spring.

Winter solstice ceremonies celebrate the return of the light, both as a reality (we need the sun) but also as a metaphor for the evolving human awareness of our relationship with the natural world. We cannot see without the light. We cannot know ourselves, or the world, without the sun’s illumination.  Without the light, we remain unconscious. 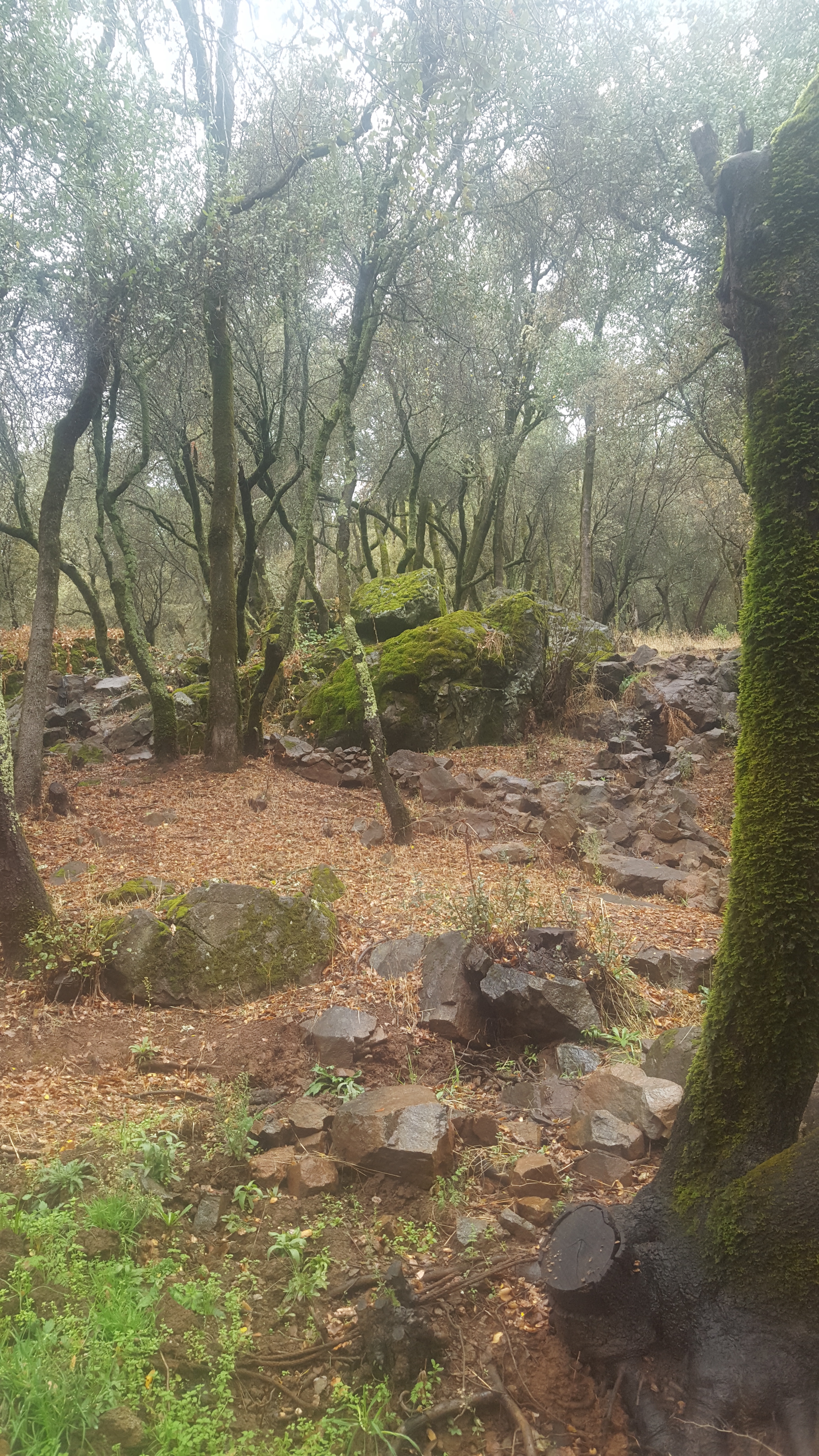 But we also need the dark, and this is where I began. Lingering. Resting. Here in the dim forest, I don’t see as much as I feel. I don’t think as much as I sense. I can barely hear the soft rustle of leaves, the hidden deer walking nearby, the faint trickle of the river down below. Yes, in all its obscurity, it is evident that there is a lot of life in these woods, and I want to know more about it.

Recently, I discovered Sharon Blackie’s book, “If Women Rose Rooted,” (Thanks to my Irish friend, Cris) in which she writes, “Darkness is not simply a lack of light. Darkness is alive, and its life is obscured by light. Darkness puts out its tentacles and touches your face: darkness licks at your eyes and grants you a different kind of sight. Darkness is the voice of the shadow, a voice which words can only fail. Listen. Is it the drumming of your own heart that you hear, or the long, slow heartbeat of the Earth?”

In more elusive terms, Jung writes, “Everything that the darkness thinks, grasps, and comprehends by itself is dark; therefore it is illuminated only by what, to it, is unexpected, unwanted, and incomprehensible” (Vol. 14, p. 255).

In other words, while it may be the dark that contains the unexpected, unwanted, and incomprehensible, it is also that which illuminates and grants us the ability to see what is hidden there.

While many creation stories focus on the light that emerges from the darkness  (Genesis, for example), I was happy to learn that there are also stories that speak of the reverse: The darkness that emerges from the light. In these stories, creation begins in the light, and the darkness is needed to bring balance to an overly bright world where nobody can sleep.  One of these stories is from Melanesia in which a god named Qat sets about creating the world, carving people from wood, making the oceans and jungles, fishes and animals. The one thing Qat cannot create, though, is the night. After listening to the complaints from his brothers about the relentless, endless daylight, Qat sets out in his canoe to look for the night. Eventually, on a remote set of islands, he finds the night and in exchange for a pig, is given a piece of it. As Qat paddles back to his island with the portion of the night in his satchel, the sun begins to fade, and the skies grow dark.  Qat’s brothers become terrified.

“What is spreading and covering the sky?” 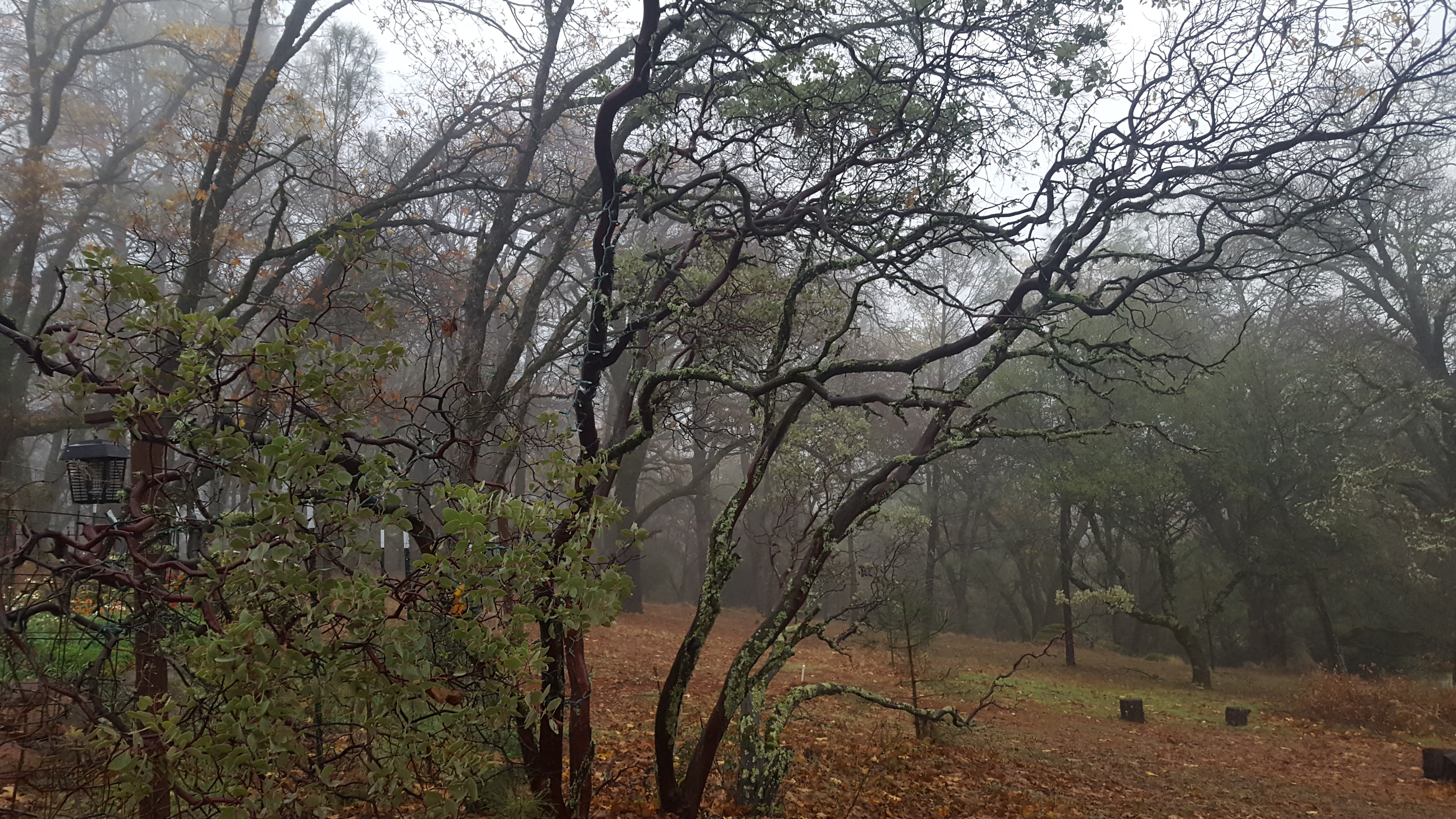 Reading the story of Qat and his brothers, I try to imagine what it would be like to never sleep, to always be in a state of alert consciousness, to live without dreams.  It seems to me, that in a perpetual sunny state, the world would be a nightmare. Perhaps, yes, in the everlasting light there would be no need for suffering, no grief, no agonizing self-doubt, no wounds to speak of. But there would also be no complexity, no layers, no gradations or nuances. There would be no mystery. We would live in a nothing but “what you see is what you get” world.  And the sunrise would be nothing but an expected moment of the day, to be taken for granted. No need to make appeals. No need for ceremony.

The dark is subversive, wild, and feminine, like a voice echoing from the womb.  It is a dream that reaches down into the sweet black and fertile earth and pulls up a sprig of new life, while the sun rises to meet us. 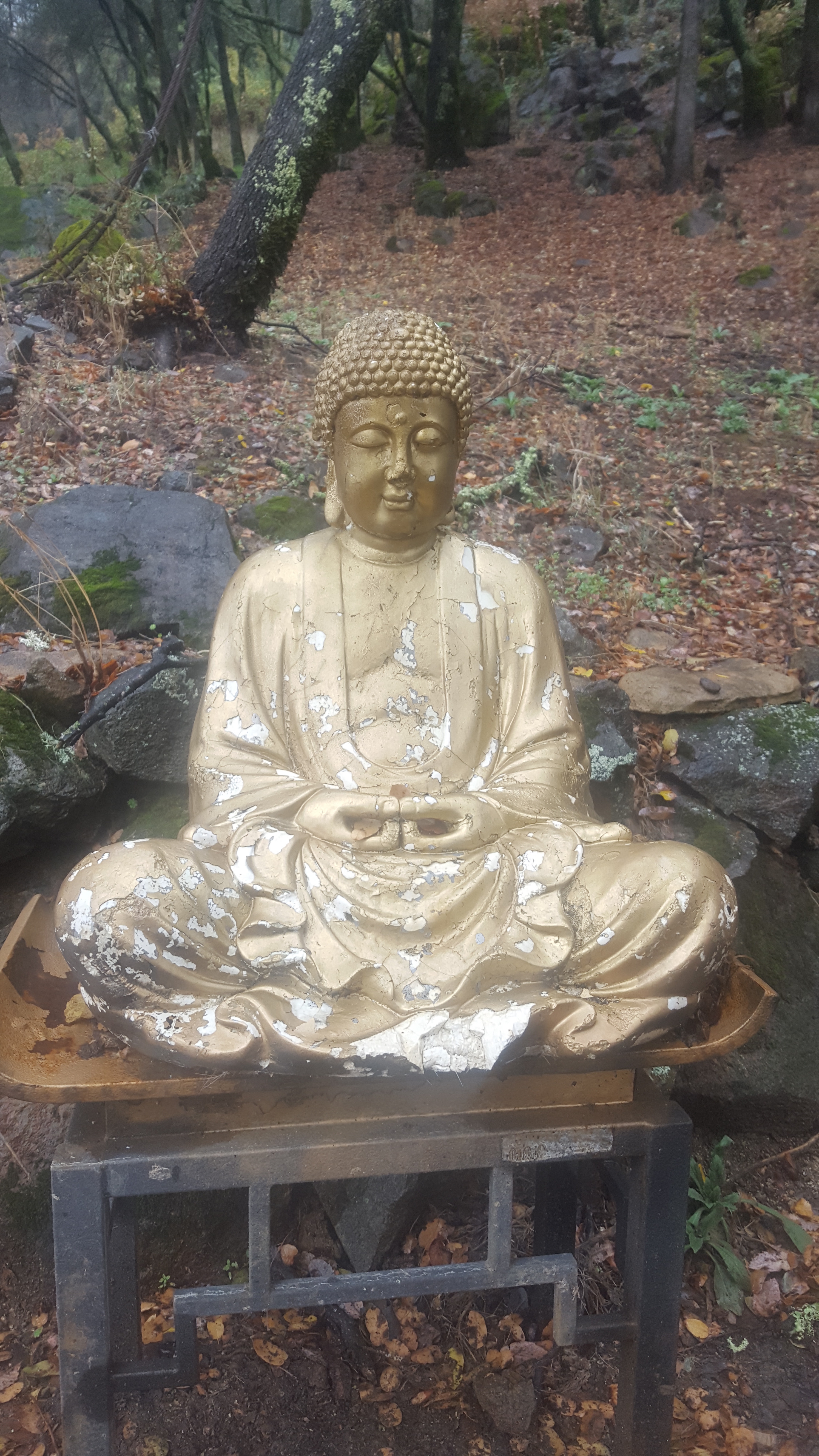 *Adapted from A Radiant History from Creation to the Quantum Age, by Bruce Watson.