Preface: This is a slightly longer version of an essay I wrote the for the upcoming issue of Circles on the Mountain, a journal published by the Wilderness Guides Council. The essay is about storytelling and mirroring, a practice we teach at the School of Lost Borders, initially created in this form by Steven Foster and Meredith Little.  If you are unfamilar with mirroring and are interested in learning more, here is a a useful article written by friends at Naropa University. I’ve been co-teaching mirroring trainings at Lost Borders for about ten years, so it is a practice that is especially near my heart.

It’s a crisp September morning in the meadow above Baker Creek. All fifteen of us are huddled tightly in a circle; beach chairs and Crazy Creeks, the river nearby lined with gnarled cottonwoods and tangles of wild roses. This is the final day of the mirroring training, and we’re ending with a punch! The stories have spun us together, mesmerized us into a unified whole. Images fly about like birds. How could such strange and remarkable words come out of the mouths of these people?

It is no wonder that at Lost Borders we talk so much about mirroring. What is this practice? Really? And more so, what is it not? We know that mirroring is deep listening and reflection. And we stress that mirroring is never about fixing or resolving. No, we claim, the aim of mirroring is always to empower and validate the gifts already present in the story. But even still, mirroring mystifies me. It is such a simple practice and yet something occurs that I just can’t fully grasp. What is it that draws us down so deep? What loosens our tongues, allowing words to fly freely? What gives rise to such tears and ineffable joy? Indeed, part of what we experience remains hidden, like a coin in a magician’s hand.

In my Jungian studies, I discovered the following quote by Marie-Louise von Franz, which offers some insight into this hidden aspect of mirroring, which she calls the “mysterious point of contact.”

“The mysterious point of contact between the two systems appears to be the center of a sort of pivot where psyche and matter meet. When an individual enters into relation with the forces of the pivot, he finds himself close to the sphere of “miracles” which seemingly could not occur without a corresponding attitude on his own part.” 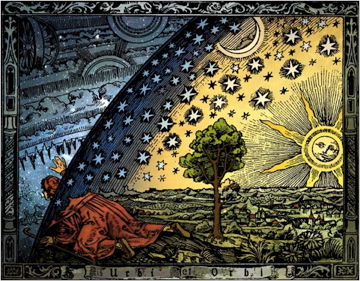 Although von Franz is presenting an obscure idea, I simply think of the “two systems” as two people – the storyteller and mirror – and the “pivot” as the story itself. Von Franz is actually referring to the phenomenon of synchronicity, those moments where the inner realm of the psyche and the outer world of matter merge in meaningful concurrences. But to me, this sounds a lot like storytelling and mirroring, which, as we have seen, tends to attract synchronicity. How many times has that hummingbird flown into story circle at the exact right time? Or the mirrored words touch on the beating heart of an unspoken truth? How many songs have we shared, unknowingly, between basecamp and those on their solos?

And what is the “corresponding attitude” that von Franz refers to? In mirroring, I believe, we would call it love.

When we “teach” mirroring one of the first things we mention is that above all else mirroring is an act of love. If the listener can fall in love with the story, and thus, the storyteller, than the “mysterious point of contact” will be met despite the actual words being spoken. And when this happens, it feels like magic.

“both intermediary and intermediate … a world that is ontologically as real as the world of the senses and that of the intellect. This world requires its own faculty of perception, namely, imaginative power.”

When love pulls us through the threshold of the story, we enter into this realm of imagination where anything is possible. It is love that calls us out of our limited notions of reality and each other. This is not gushy, feel-good love, but love for life.

I confess I understand little of Corbin’s work. But I like his flavor. I like that he recognizes the Imaginal as something more than fantasy; that the Imaginal is a real realm that exists beyond our brains. Yes, the Imaginal depends on our ability to perceive, but the images that appear have a life of their own. It is like the animals that come to us in our dreams. They need the dreamer in whom to appear, but they don’t belong to the dreamer. These visitors just happened to pass through in the night.

And so it is with the stories that we hear in our councils. Consider all the images that arrive in our telling! How in mirroring we empower not only the storyteller but also all the beings that have fed the story. The stones, junipers, scrub jays, and foxes. In a time when the world feels so small, the Imaginal opens us up and makes it big again. 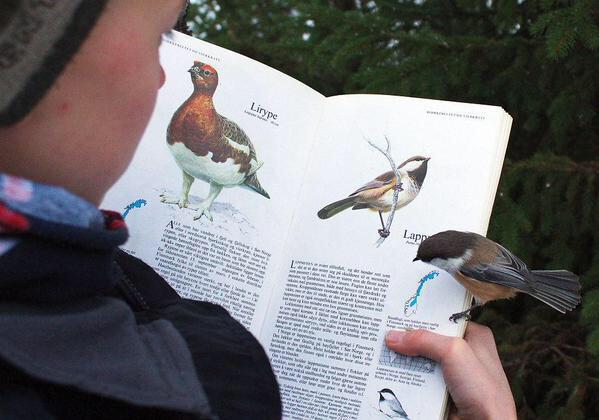 One of the most profound books I have ever read is James Hillman’s, The Thought of the Heart & the Soul of the World. It is a book attributed to Henry Corbin. Hillman begins with these words,

“You who have been privileged at some time during his long life to have attended a lecture by Henry Corbin have been present at a manifestation of the thought of the heart. You have been witness to its creative imagination, its theophanic power of bringing the divine face into visibility.”

“Thought of the Heart”; “creative imagination,” bringing the divine face into visibility.” These are the clues to the underlying workings of storytelling and mirroring.

The thought of the heart, unlike the rational head, is not locked in certainty but is free like a river to meander over stone, to pool up in an eddy and then let go. And it is of the heart because it is love that keeps the river flowing, refusing to dam that which it loves. Anytime we fall under the spell of fundamentalism or the need for certitude, we have forsaken love. As Hillman writes, “When we fall in love, we begin to imagine; and when we begin to imagine, we fall in love”.

Creative imagination breaks the chains of our literalism, and it’s incessant need to make all things purposeful.   When someone asks, “Does mirroring work?” “Is it beneficial?” I get stymied. I don’t know how to answer. “Yes,” “No,” “I don’t know.” Such questions are impossible to answer because they inadvertently trap us in the mechanism of cause and effect thinking, the very thing we wish to avoid in mirroring. When our stories are taken literally, mirroring turns into a technique, and all the living images become nothing more than psychological debris.

I am not saying that mirroring doesn’t have psychological merit. We all know that it does. But psychological profit is not the reason for mirroring. This is why, I believe, it is a great disservice to market vision fasting and wilderness rites of passage as a self-help endeavor. It’s not. Let’s get this clear. Vision fasting will not lead to a happier life, better sex, or whatever. For as long as humans have been fasting in the wilderness this has never been the case. Think of St Jerome out in the desert, hungry and alone, pleading to God to strip him bare! But vision fasting will allow us a glimpse into a world that is not confined to our wishes. A world much bigger than ourselves. A living and infinite world. And what could be better than that? And in falling in love with this world, we, of course, feel a deep desire to give back to it. To preserve it, and make it better. This is why incorporation – giving back to one’s community – is so crucial. Incorporation is the continuation of love.

But what does Hillman mean by bringing the divine face into visibility? Although it might sound esoteric, Corbin maintained that everything has its angel. Not an angel in the literal sense as an ethereal being with wings, but a presence that reflects each thing’s true essence. Tom Cheetham, a Corbin scholar, writes, “The Angel is the immediate source of the personal face of every being. For anything whatever to be present, it has to be present to someone, and it has to be regarded, looked at, in a mutual, personal relation”. Today, we might call this angelic presence “soul.”

During the mirroring training, we always remark how easy it is to fall in love with the storyteller, even when we don’t particularly like that person! I believe this is because we fall in love with that person’s angel, or soul.   In this life, we all wear the dirty clothes of our human fallibility and interpersonal muck. But the angel shines through the dirt, or because of it, revealing the face or our shared humanity. We fall in love with the angel that is reflected in our own. Storytelling and mirroring are therefore an endless call and response between our very human selves and the soul of each person and living being, between the Soul of the World and us.

Ultimately, Corbin shows us — and I think this is the greatest gift of storytelling and mirroring — that when our hearts are open and rid of our fixed ideas, we see the world not as a dead thing, but as a place made of breathing, feeling, individual sentient beings. In these difficult days in which the imagination has become hobbled by apocalyptic literalism and malignant politics, this call to the Imaginal is of utmost importance.

Let us not ever, ever let the story come to an end. 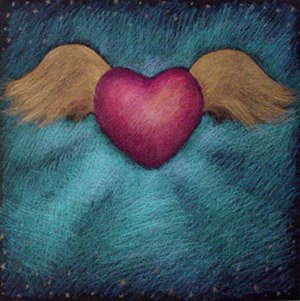 Hillman, J. (1981). The thought of the heart & the soul of the world. Spring Publications, Woodstock, CN.