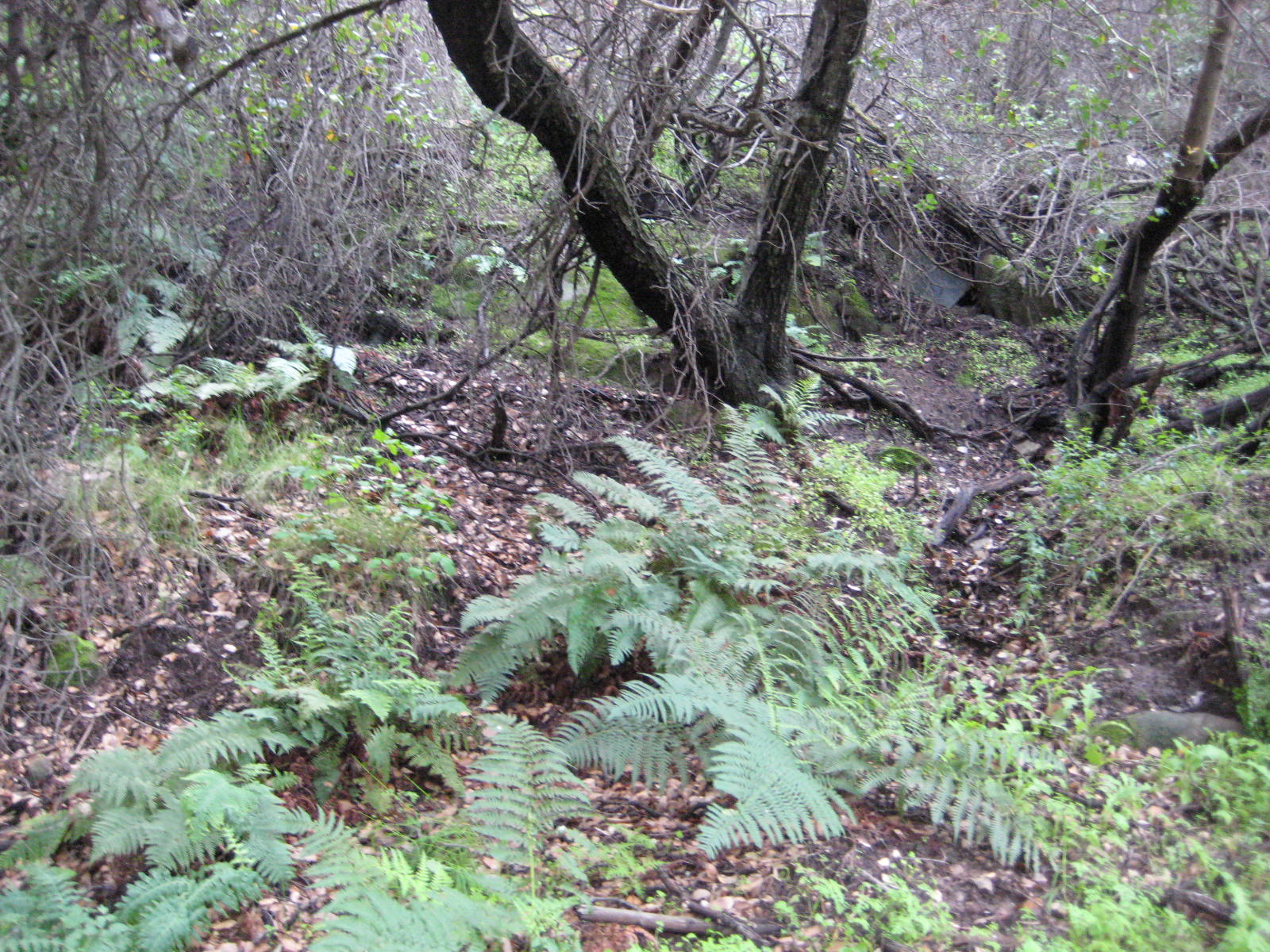 “The ground of the soul is dark”. –  Meister Eckhart

For much of my later adult life, I’ve been plagued with an underlying sense of guilt. It’s a neurotic guilt that has no basis in reality, meaning I haven’t really done anything wrong.  I don’t intentionally hurt other people. I don’t yell at my neighbors. I let others pass on the freeway. I regularly visit my mother. I’ve been told by an unsympathetic friend that have a “guilt complex” and that I should just “get over it”. Yeah, right. As if I wouldn’t just love to effortlessly toss off all these dark and uncomfortable feelings.

So, I go hiking instead. It’s the best medicine I know. 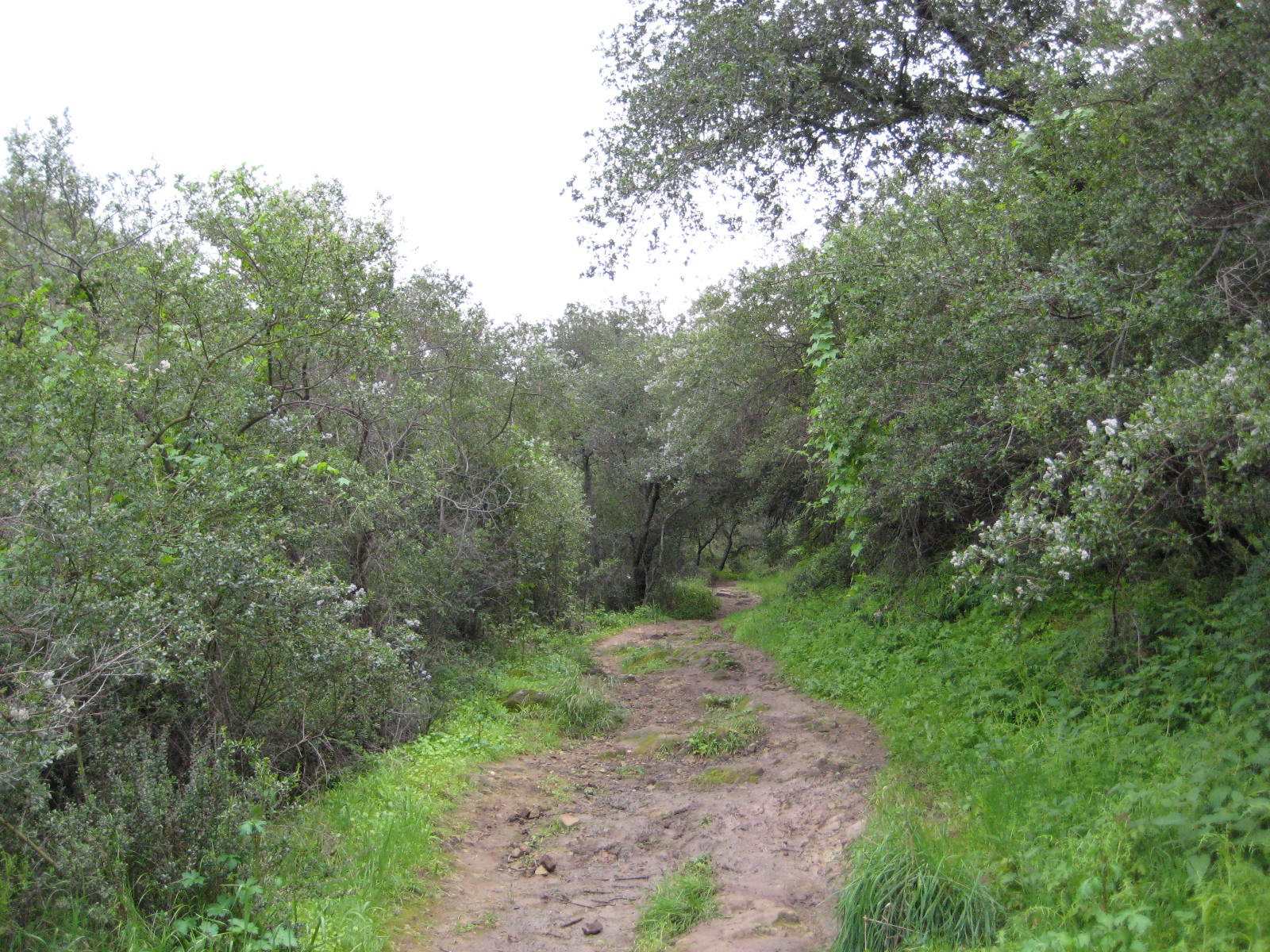 This time it is on a lovely trail above the Ojai Valley in California. It has rained a lot this winter and I’m excited to see the spring flowers – shooting stars, lupine, and the early stages of California poppies. The hillsides are swathed in an unusual, almost cartoonish, florescent green.  And the trail is really muddy. Dark, gooey, mushy mud. 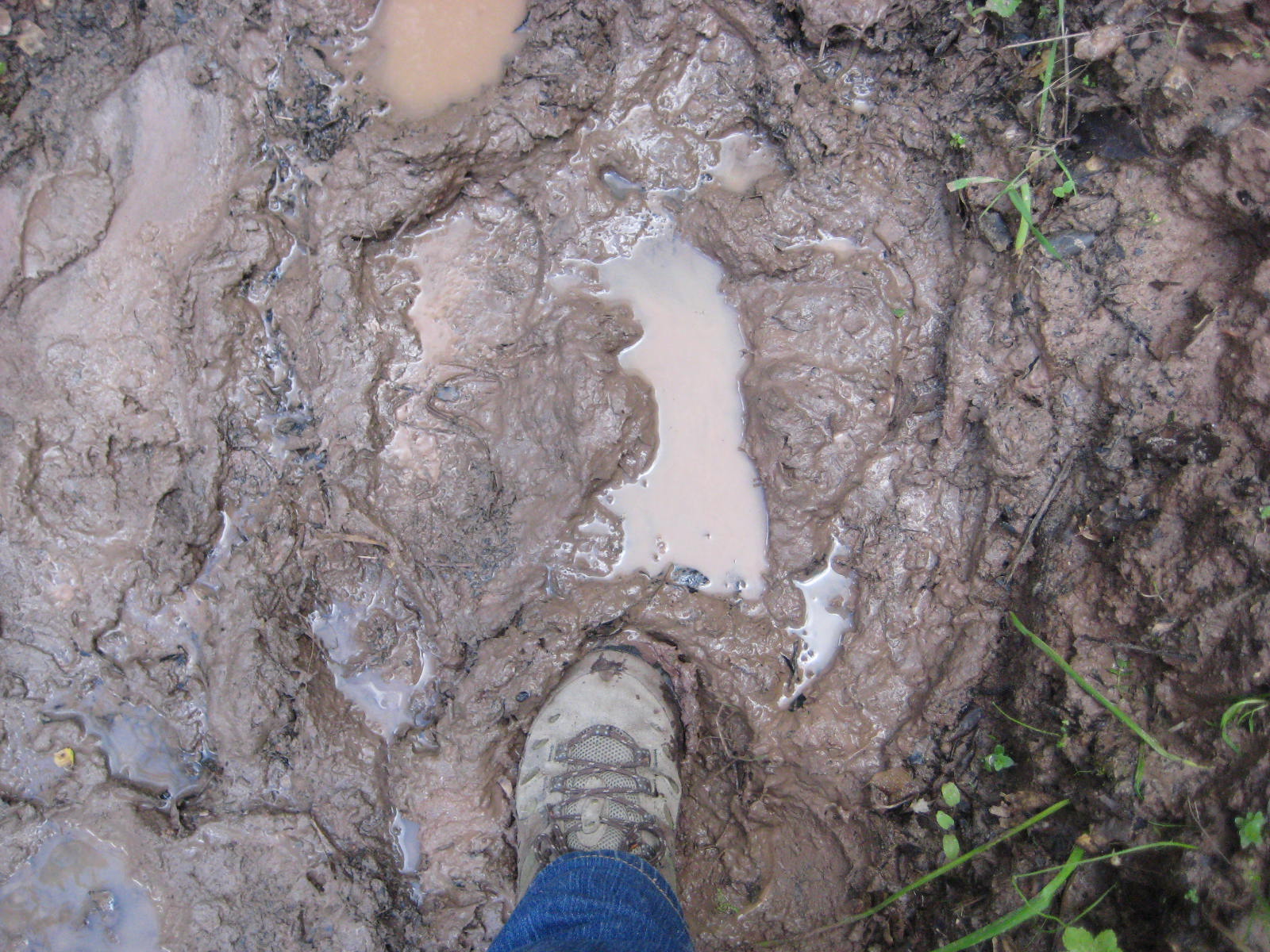 Walking up the trail is not easy. The mud is slippery and it quickly fills my boot treads, causing loss of traction. There are a couple of slips. By the time I reach the top, my boots have garnered at least five pounds of mud and my hands and butt are covered with it.

It’s easy to imagine mud as a symbol for the dark and “inferior part of the personality” that Carl Jung refers to as the “shadow”.  No matter how good or enlightened we think ourselves to be, the shadow is always attached to the personality, albeit unconsciously. It sticks to us like mud. The shadow can be experienced as dirty, uncivilized, and instinctual. We prefer to reject it, but unexpectedly, it makes us slip and fall.

But I love the mud. As a child, I would often come home after a rain covered head to foot in cool, smooth mud. Even today, I will stick my nose into the moist dirt to smell its richness. It exhilarates me. It triggers my instincts and makes me feel wildly alive.

The shadow offers a similar life-giving potential.  No doubt, to integrate the shadow is one of the most difficult tasks we face in the pursuit of wholeness.  It challenges our entire being, along with our perceptions and prejudices. Yet, without some awareness of the shadow, we are dry and hard, like an infertile landscape. We might be functional but, ultimately, we are dead real estate.

Guilt, I see now, is not an aspect of the shadow, but a response to it. As Jung writes, “The first step in individuation is tragic guilt” (CW 18, par. 1094).  To recognize and integrate the shadow is met with guilt because the shadow is slippery and subversive. It trespasses into consciousness. It jumps walls and crawls under fences. It requires certain acts of unlawfulness.

And, it involves getting dirty, inside and out. 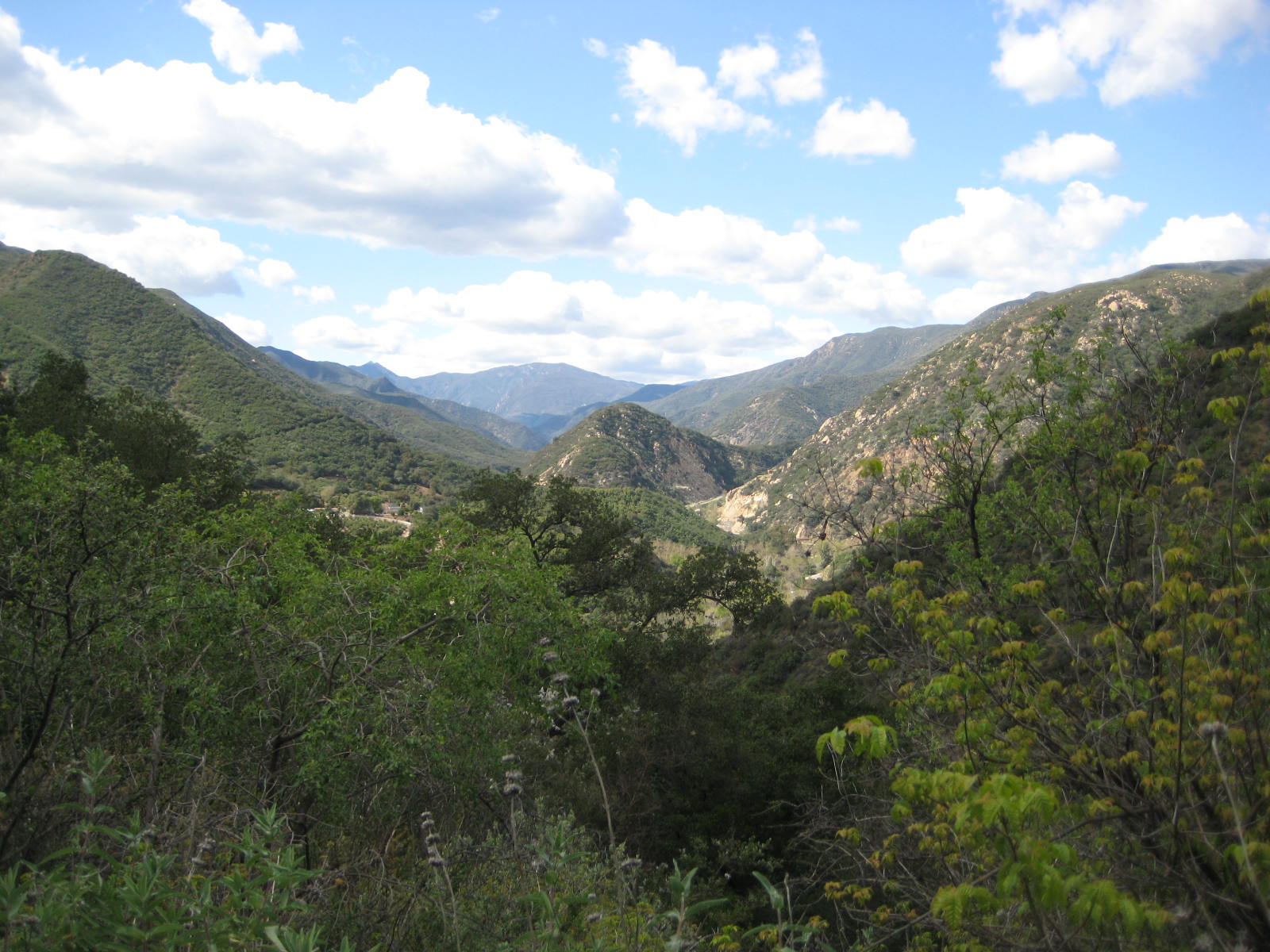 “One realizes, first of all, that one cannot project one’s shadow on to others, and next that there is no advantage in insisting on their guilt, as it is so much more important to know and possess one’s own, because it is part of one’s own self and a necessary factor without which nothing in this sublunary world can be realized” (C.G. Jung, CW 14, par 203).